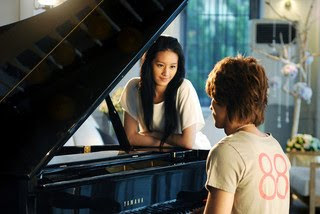 I remembered despite the fact I didn't like Starlit (but endings like those are VERY REAL) I kind of focused on the area of the relationships between Jerry Yan's character and Alice Tzeng's character and I felt like there was a chemistry between the two more than he had with Terri Kwan who was his leading lady. Not everybody would agree with me though. The sad emotions of Alice Tzeng seem to make a "Liu Xue Hua" with Jerry Yan as a "Chin Han". 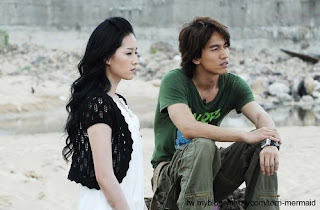 For some reason, I get reminded more of old drama series than new ones when I saw them by the seashore, even with their modern clothing. I get reminded of my late grandma's old films. All it may need is Alice Tzeng to sit by the shore and sing Koo Mei's "Bu Liao Qing". 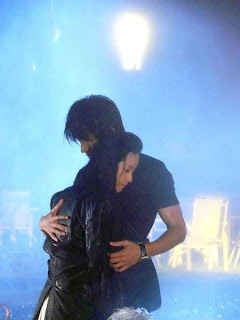 The good old "Romance in the Rain" scene. I feel like she might do a good job of bringing the "Chin Han" out of Jerry Yan for another weepy script. Hmmm I think a new script should do well.
Email Post
Labels: Alice Tzeng Chinese Jerry Yan