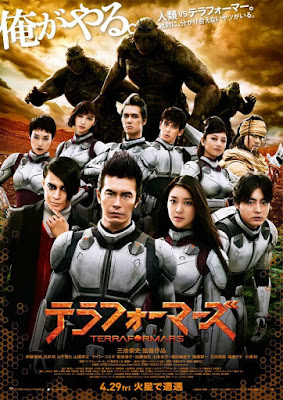 This slipped off my watch. I remembered her last in the Rurouni Kenshin Trilogy and Love For Beginners. The plot of the film is based on the Manga where they battle humanoid cockroaches to reclaim Mars. This looks like the Manga's idea was taken from some classic American film. She plays the part of the crew member Akita Nanao.


The other cast members are: